Note: To disable or change auto-completion preferences, go to eggPlant > Preferences, navigate to the Script tab, and select the Completion pane. 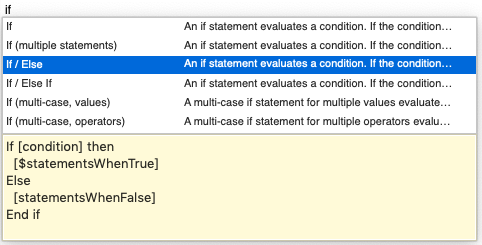