You can download Eclipse from the Eclipse downloads page. There are several versions available. For developing Web Java VU scripts, we require Eclipse Luna, version 4.4 or later.

In the current version, Eggplant Performance Web Java only supports a 32-bit JVM for running scripts. Users should install the latest Eclipse IDE for Java Developers, then make sure it uses the 32-bit JRE.

Note that if a JRE is already installed on your system, it might be a 64-bit version, which is currently not supported. To ensure a 32-bit JRE is used, update your eclipse.ini, which is located in the Eclipse installation directory, by adding the following to the existing list of arguments:

With a project open in Eggplant Performance Studio:

Note: If there is a Java Development Kit (JDK) or Java Runtime Environment (JRE) that is globally available on Windows (i.e., it is on the PATH environment variable), and it is not of the required version (1.8+), or if it is a 64-bit version, you might see an Unsupported major/minor version error reported by the Eggplant Performance Eclipse plug-in when you launch Eclipse for the first time. To resolve this error, you must ensure that Eclipse is launched using a 1.8 or later version of the JDK/JRE. We recommend using the version that is shipped with Eggplant Performance (by default, located at C:\Program Files (x86)\eggPlant Performance\re\java\jre1.8.0_25\). You can configure Eclipse start up in the eclipse.ini file, as documented on the Eclipse Wiki. 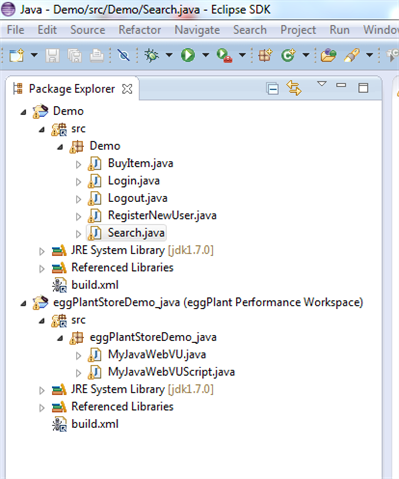 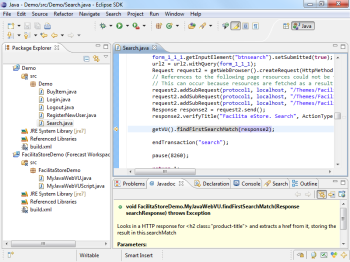 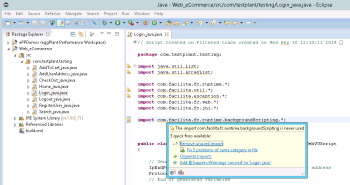 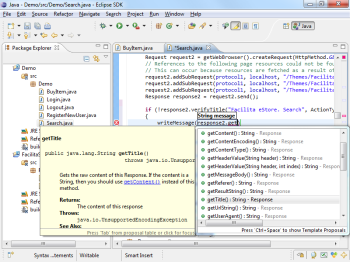