Eggplant Functional MUST be installed on the same machine as the Eggplant Performance injector.

The architecture is shown in the diagram below: 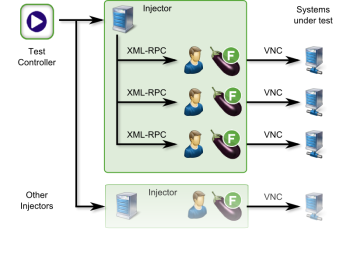