Coverage reporting is one of the primary functions of Eggplant DAI. The Coverage Report tab in Eggplant DAI shows you how much of your model has been visited during test runs. You can use these results to adjust weighting and other variables in your model to ensure appropriate coverage to areas that are most important to you.

The Coverage Report tab in Modeler

The Coverage Type drop-down menu lets you select how much model path detail you want the Coverage Report to include. In addition to the default Coverage Types (All Nodes, All Pairs, Extended, Full Exploratory), you can configure custom Coverage Types if you have the administrator privileges. For more information on configuring Coverage Types, see Eggplant DAI Administration.

For example, if you set the Coverage Type value to Extended, Eggplant DAI calculates all of the possible paths through your model that consist of sequences of three actions or of three states. It also calculates the associated metrics for these paths.

Note: The Coverage Type setting changes only the reporting detail. It does not affect the way tests run.
Note: During a test run, Eggplant DAI calculates coverage for possible paths based on all combinations of sequences of actions in the model. The maximum coverage achievable might be less than 100%, if some paths cannot be accessed due to variable conditions set against specific actions.

When Eggplant DAI processes Cross types, it may consume a lot of memory, therefore additional limitations apply beyond just handling the upper limit of two parameter values. When processing a Cross type, Eggplant DAI considers only three groups of values within the value bins: the minimum value, the maximum value, and the combined middle values.

The Coverage Report also shows coverage information from submodels that are enabled in the test runs. There are multiple ways to view the coverage of a submodel in Eggplant DAI.

When calculating the total coverage of the parent model, Eggplant DAI also takes into account the coverage of all the available submodels. In this example, the parent model is called life, and it has a submodel called life_play, which has a submodel of its own called life_eat. Eggplant DAI also takes into account the number of times the model and submodels were executed. The more times you execute the model and its associated submodels, the higher the likelihood of the coverage there is.

The heat map can show coverage or failures. Choose the report you'd like to see with the drop-down menu in the main Eggplant DAI toolbar. You can also turn on the heat map from this menu. 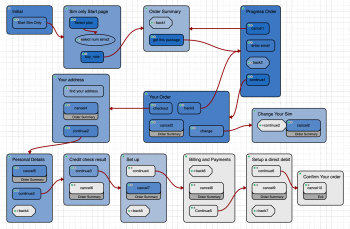 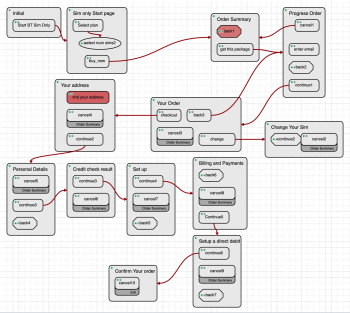