When Are Different Images Required?

set ScreenSize to the screensize of connectioninfo()

Moveto (Text:"Clock",searchrectangle:ScreenPart(0,0,0.5,0.5)) // This will only search the top left quarter of the screen

Store Images for Separate Streams of Devices in Separate Suites

VerifyPrice // This is within the core code suite

TurnOffWifi // This is within the OS-specific code suite

Run an Environment Setup Script at the Start of Every Test

set DeviceName to the name of connectioninfo()

put (iPhone_6S_91:"iOS","Galaxy_S6_51":"Android") into DeviceOSList //Define which OS a device is to pick the correct device specific functions 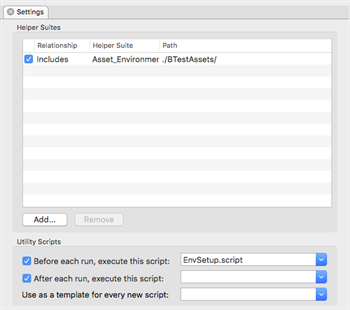 Create a Naming Convention for Devices

Create Tests in a Separate Suite