New Feature: Prior to Eggplant Functional 21.1.0, movies were saved in .MKV format. If you need to change the default setting back to .MKV, contact Eggplant support. 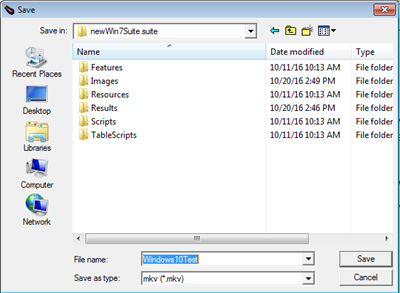 From the Control Menu

From the Capture Window Toolbar

Note: The Record Movie button is not displayed by default. Choose Window > Customize Toolbar to add it.

//Section of test script you want to record