The iOS Gateway application is a free utility to connect Eggplant Functional with iOS devices. It lets you control any iOS device running iOS 7, iOS 8, iOS 9, iOS 10, or iOS 11. You can also use iOS Gateway to automate Apple TV (4th generation). 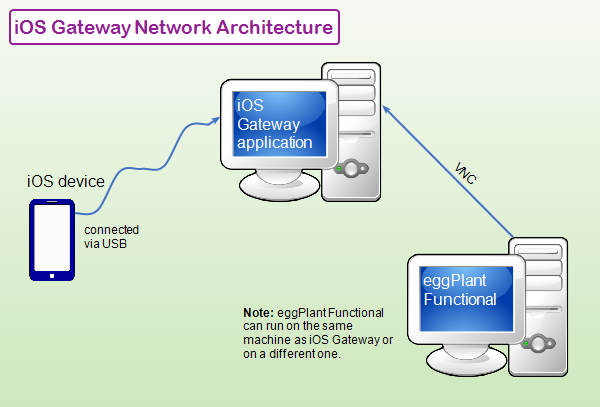 Note: You must install Xcode, Apple's integrated development environment (IDE), on the machine that's running iOS Gateway. 典型的には新バージョンのiOSが出ると、Appleは新バージョンのXcodeもリリースします。 You need to update Xcode to the latest version to test the companion version of iOS with iOS Gateway.

Starting with iOS Gateway 4.3, you can use the Diagnostics tab to check whether the active version of Xcode on your Mac is compatible with the version of iOS on the device you want to test.

Important: Note that iOS Gateway 4.0 is compatible with Xcode 7, so you can test older versions of iOS. Also note that your Mac must run OS X 10.0 or higher to use iOS Gateway 4.0 and higher.