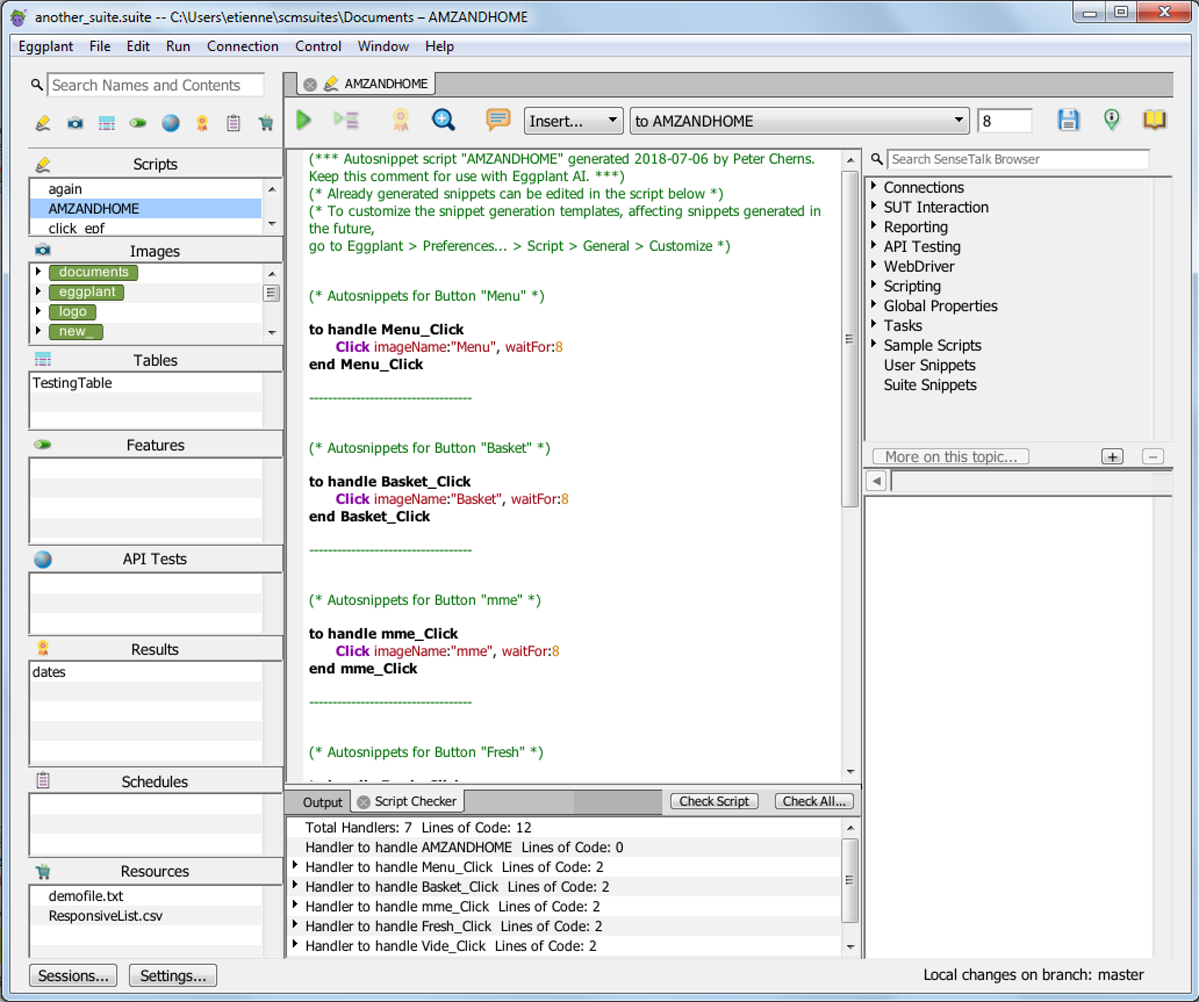 An easy method to get the correct code for calling a script is to drag the script name from the Scripts pane in the left sidebar into your script. The script editor automatically inserts the appropriate code, whether the script is in a folder or not.

The search works as you type, so you might find your results before you finish entering your search term. However, if you have searches that you frequently repeat, you can save your search as an item in the Search History by pressing Return after you type the term. Your search is saved on the drop-down list under the magnifying glass.