The Coverage report is split into two sections to give you an overview and more detailed analysis of test coverage against the latest version of the selected model.

On the History chart, view at-a-glance success metrics and the coverage percentages against the number of runs for the default coverage types:

The following data is displayed:

On the Heatmap, drill down into detailed coverage metrics for each coverage type, including states, actions, and paths. 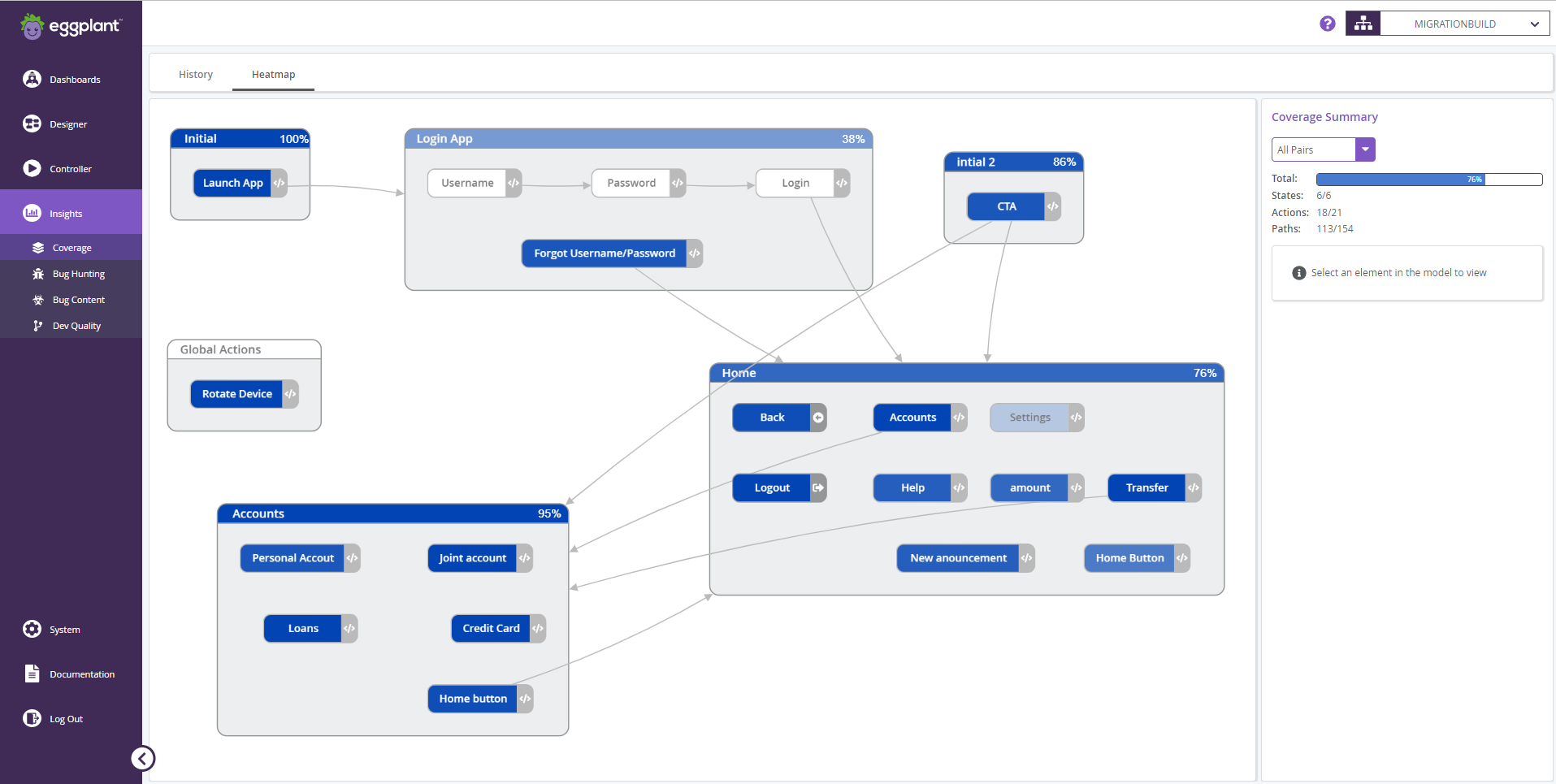 The Coverage Heatmap visualizes the coverage percentages of states and actions within a model.

To view the Coverage Heatmap, go to Insights > Coverage and then choose Heatmap in the sub nav. You can change the current model by using the model dropdown selector above the heatmap.

Custom coverage models cannot be rendered in this view.

Changing the Coverage Model dropdown in the sidebar will update the visualization and sidebar content. The following options are available:

The following metrics are displayed in the sidebar for each coverage type:

Elements of the selected model without coverage are rendered in grayscale. Actions and states with coverage show backgrounds that are saturated relative to their coverage percent, increasing from light blue and to dark blue. The font color of these percent values will change only for readability; the font color does not have additional meaning.

The cumulative coverage of actions, state parameters, and submodels within a state shows as a percentage in the state header. The global action container will not show a coverage percentage.

Clicking a state or action within the model will update the sidebar with metrics specific to the selected element.

When an Action is selected the following is displayed under a Action Summary section:

When a State is selected the following is displayed under a State Summary section:

Hit count is the cumulative number of times that the element was hit during all previous test runs.

The possible paths through the model that includes the selected element are listed. Depending on the coverage report some of these paths will either be listed under a section named Covered Paths or Uncovered Paths.