To get started, simply go to Dashboards > Dashboard, and from the list on the top menu, select the model that you're interested in.

The following widgets make up the Dashboard: 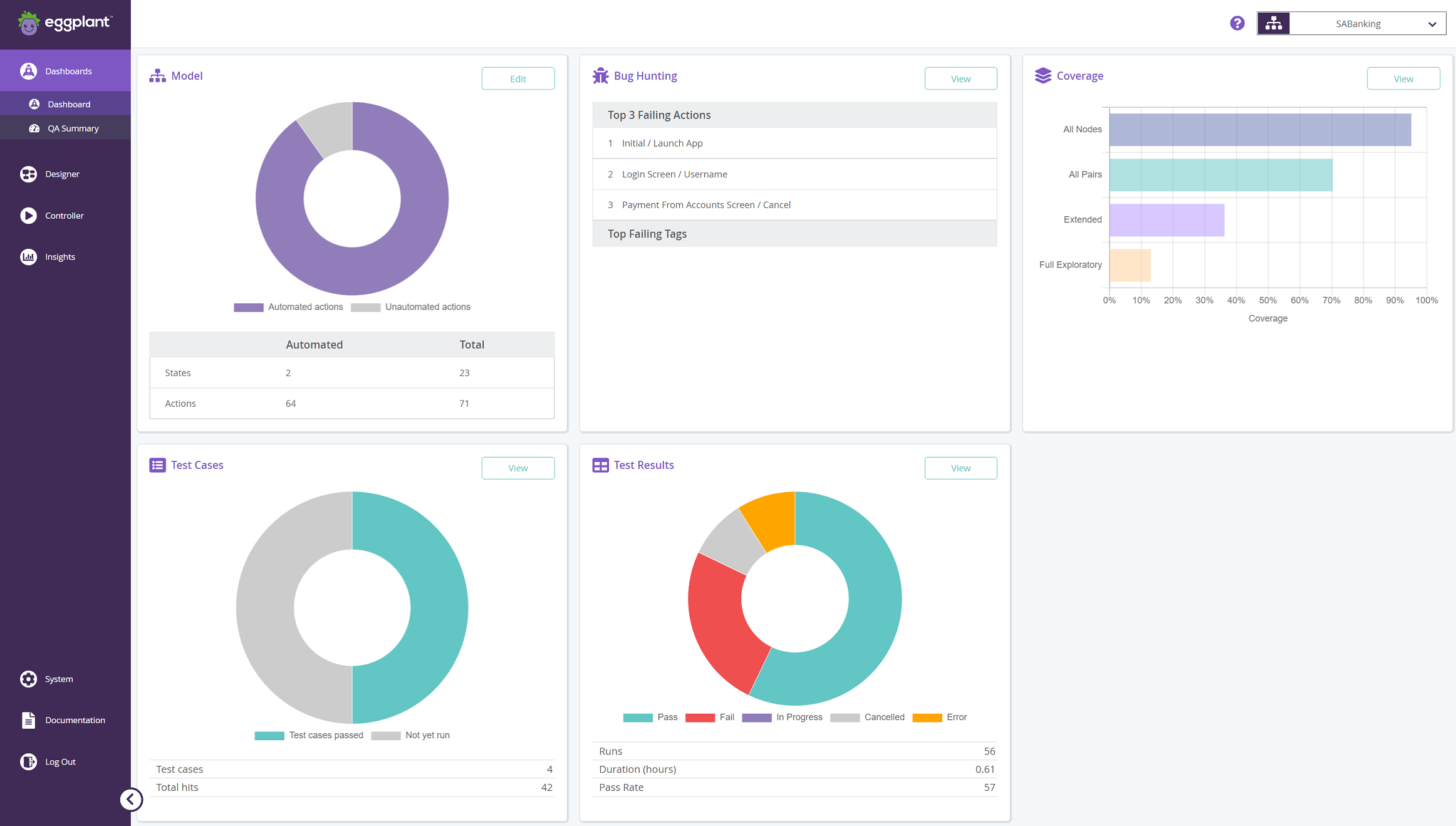 All widgets appear blank until you've executed a model at least once except for:

The Model donut chart and table provide an overview of the number of states and actions present in the selected model.

Automated states and actions are those elements that have snippets attached. Use this information to determine how much more work is required to fully connect the model to Eggplant Functional. 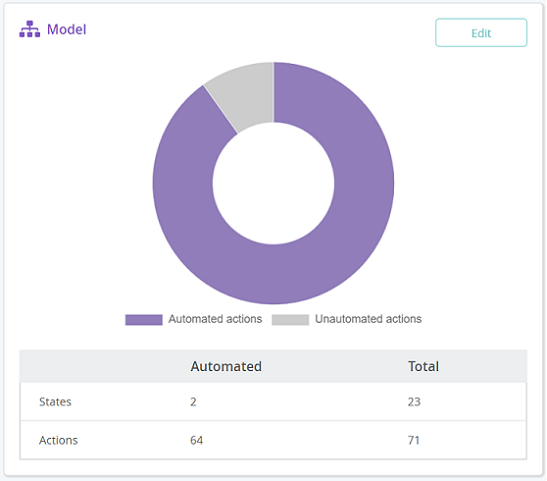 Click Edit to return to the Model workspace to update your model. See Working with Models for more information on using models in Eggplant DAI.

The Bug hunting summary table displays the top three failed actions and tags that caused the selected model to fail.

Click View to switch to the full Bug Hunting report in Insights. To learn more about how tags can be useful during debugging, see Using Tags .

Failure data is only available if either an action or an associated tag in your model failed during a test run. 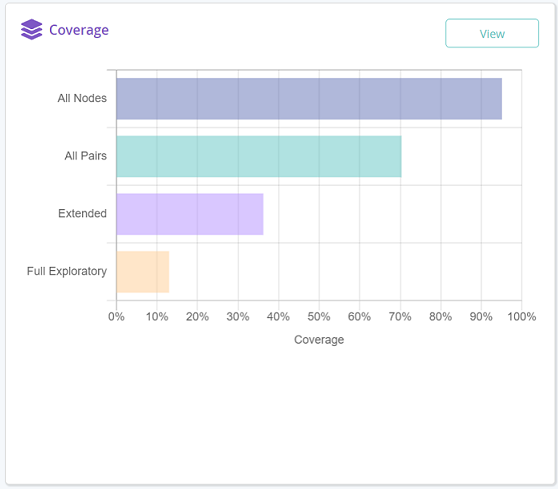 The Test Cases donut chart and table provide an overview of the total number of passed test cases versus the test cases that have not been run for the selected model. 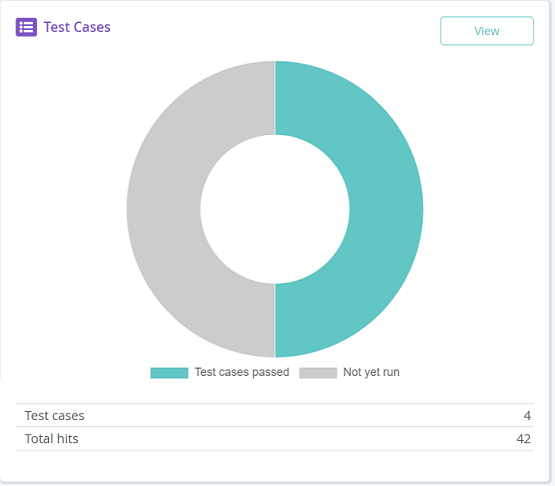 Use the following information to help you to understand any gaps in your testing.

If you are upgrading from a version prior to DAI 6.1, the chart will not include test cases from these older versions of DAI.

The Test Results donut chart and table provide a breakdown of the results of test runs for the selected model. 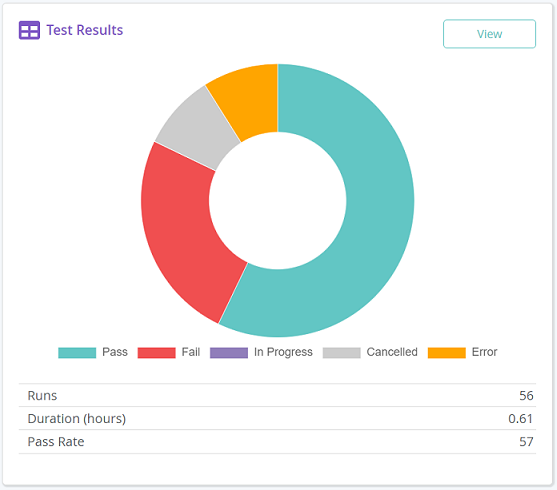 Use the following information to assess whether your model tests are running correctly:

Use the QA Summary dashboard to view a snapshot of your recent testing activities for directed and exploratory test cases. Directed test cases are specific user journeys in your model runs, which you define in the Test Case Builder. 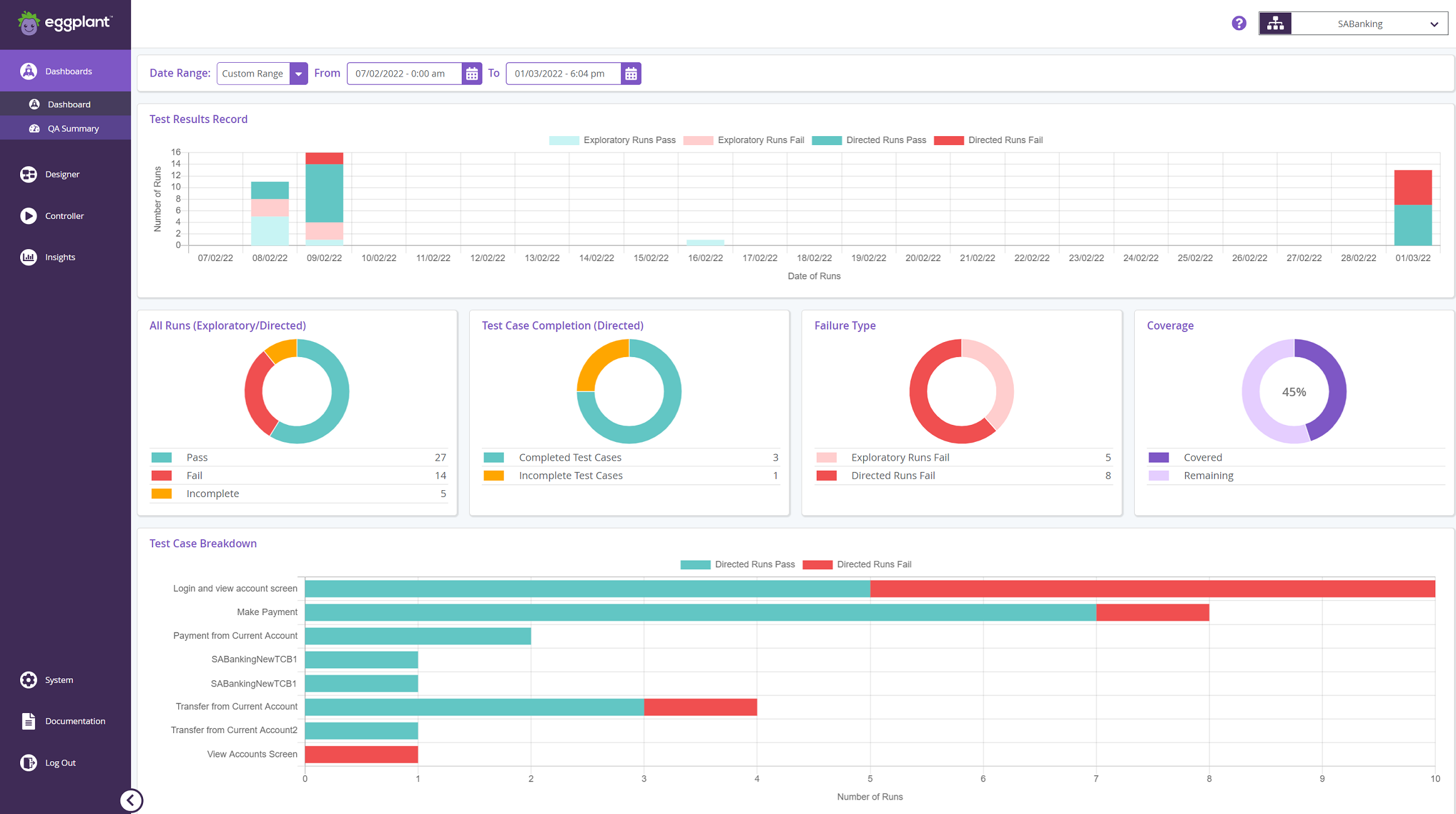 If no date is specified, the dashboard displays data for the last seven days.

The Test Results Record shows the distribution of successful and failed test runs for the selected date range. It captures information about exploratory test runs through your model as well as directed test cases. The status and type of runs are color-coded for easy reference.

The All Runs donut chart and legend represent how many of the model’s test cases have been executed for both exploratory and directed test cases. 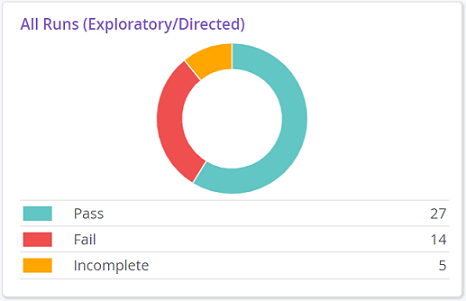 The Test Case Completion donut chart and legend show the proportion of directed test cases that exist for the selected model that have been run to pass or fail. 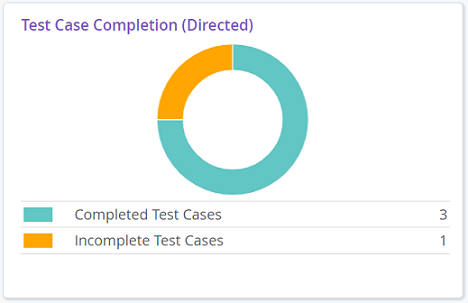 The Failure Type donut chart and legend shows a breakdown of test run failures for directed and exploratory tests. 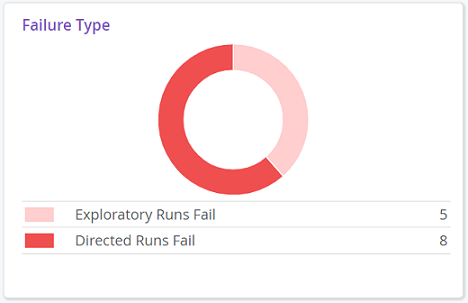 The Coverage donut chart and legend represent the test coverage of all the runs from the latest version of the model. Coverage represents what percentage of your model has been visited during test runs. During a test run, Eggplant DAI calculates coverage for possible paths based on various combinations of sequences of actions in the model. 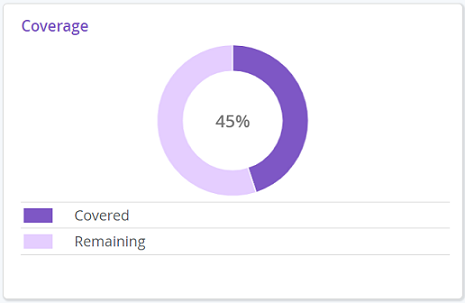 The maximum test coverage that can be achieved may be below 100%.

For more information on how to view the total coverage for your model, see Coverage.

The Test Breakdown chart shows success metrics for individual test cases that have been run.